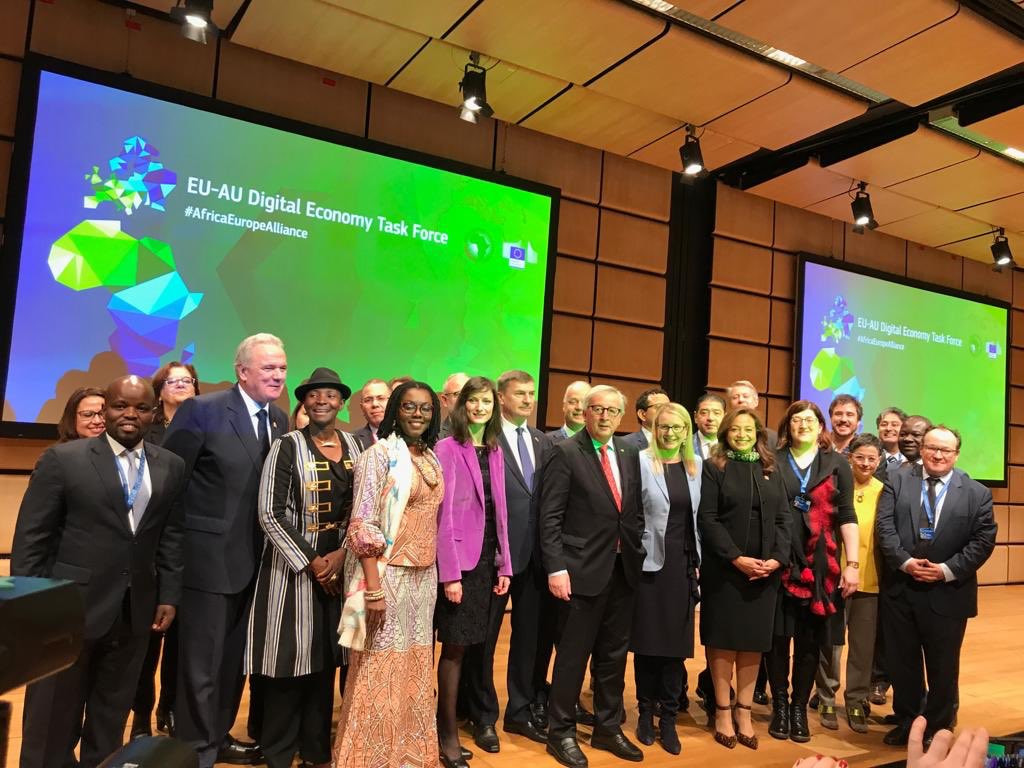 The European Commission has set out its ambitions for a comprehensive and innovative partnership between Africa and the EU called the New Africa-Europe Alliance for Sustainable Investments and Jobs. The Communication includes a set of measures to boost EU-Africa cooperation on digital economy, steered by a European Union-African Union Digital Economy Task Force.

Over the next 6 months, the work is coordinated by two co-chairs Ms Ursula OWUSU- EKUFUL, Minister of Communications, Ghana and Mr Pierre GUISLAIN, Vice-President of the African Development Bank.

An EU-Africa Partnership of Digital Economy

The digital economy has become one of the pillars of the global economy.

The last decade has witnessed a digital revolution in Africa. Pushed by the youngest population on the planet, Africa has more than 82% mobile penetration and has become a global leader in mobile payments. Mobile in Africa represents more than 9% of GDP.

In the EU, the Digital Single Market is creating a space of competitiveness and innovation and a common market for more than 500 million people. It is based on a comprehensive set of regulations and policies to remove national barriers, promote connectivity, digital skills, research, innovation and entrepreneurship. It includes measures to support digital trade and e-Commerce and the interoperability of e-Government Services. At the same time, the protection of citizen’s rights, including privacy, is on the top of the agenda.

The EU-AU Digital Economy Task Force (DETF) will examine how Europe and Africa can build a partnership to draw mutual benefits from the digital transformation of the economy and society. The objective is to identify concrete projects under the Africa-Europe Investment and Jobs Alliance in the area of the digital economy.

The task force will provide recommendations based on four areas (“pillars”) identified at the sixth EU-Africa Business Forum in Abidjan in November 2017, namely

Particular attention will be paid to actions that benefit women and young people as well as to populations from rural and remote areas.

The recommendations will also provide support in better directing the implementation of the proposed “Jobs & Growth Compacts” between the EU & various individual African countries.

The Task Force will provide a report by June 2019, with an interim report by April. The adoption of the report should take place during the EU Digital Assembly to be organised in June in Bucharest during the Romanian Presidency of the Council of the European Union.

The EU published European Democracy Action Plan: what is the role of digital transformation in it?