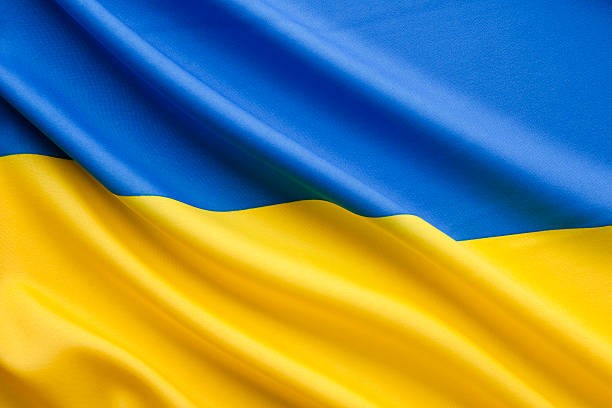 Despite numerous intelligence reports, it was hard to believe that Russia would invade Ukraine in an explicit full-scale military offensive. Yet it did – on the 24th of February 2022. It was shocking and outrageous.

And what came out as a surprise for many, was the attitude and response of Ukrainian people. Even before the invasion, having received multiple alarming signs, many Ukrainians kept sticking to daily routines. They only made some preparations, just in case: checked out the map of bomb shelters, packed emergency backpacks, filled up cars with petrol, and even purchased guns and ammunition. Such preparations could have looked worrisome, but for many Ukrainians they helped feel prepared.

When the war started, Ukrainians mobilised like no other nation would. Over one hundred thousand people volunteered for territorial defence units. Military offices were sieged by Ukrainians willing to protect their Motherland. High-standing politicians, like Kyiv’s mayor, joined the army too.

Despite this rise of patriotism, hardly anyone expected such fierce and efficient resistance of Ukraine to Russia’s attack. The Russian Federation greatly outnumbered Ukraine in terms of economic strength, manpower, armaments, and especially nuclear arsenal.

However, Ukraine’s resistance against Russia has lasted for over two weeks already, effectively neutralizing the aggressor’s efforts to capture the capitol, Kyiv, major cities, and larger territories. Ukrainian army has heroically resisted Russia’s offensive and has even started a successful counterattack from Kyiv and Kharkiv.

Shortly before the invasion Ukraine could have looked not that strong. Wagnergate scandal raised serious questions about leadership professionalism, several Russian citizens were found linked to high-standing Ukrainian officials, Ukrainian intelligence staff was severely reduced, the army lacked heavy armaments, and the navy was clearly underdeveloped.

Yet, during the months preceding Russia’s attack, Ukraine’s army was preparing for possible hostilities, territorial defence units conducted training, and intelligence was focused on Russia’s plans. It should be noted that the hostilities in Donbas have hardened tens of thousands veterans who gained real combat experience. Besides, many military unites were equipped with modern supporting outfit, such as night vision googles, thermal imagers, and surveillance drones. Importantly, the United Kingdom and the United States provided anti-tank weaponry right before the war. This constituted a solid basis for the country's defence.

Still, how come that Ukraine appeared to be so surprisingly resilient to a massive military invasion?

First of all, Ukrainians value freedom. For years prior to the war polls showed low levels of trust in the government, but high levels of trust to volunteers – civil society activists helping the army. And indeed, many Ukrainians oppose top-down hierarchy, but favour bottom-up hererarchy. Evidently, the threat of Russian occupation administration is completely impermissible for Ukrainian people.

Second, Ukrainians have a strong self-determination – that is, an internal compass and a source of initiative. In peaceful times, this manifests in permanent self-development, political engagement, and entrepreneurship start-ups. In wartime, this character channels immense stress into action – the action to fight or assist the fighters.

Third, a critical number of Ukrainians have an intrinsic drive for grassroots activities. This is why civil society and participatory democracy is so vibrant in the country. Relevant project management skills and professional connections are directed towards volunteer initiatives – the whole country has become a web of humane person-to-person support and a mighty sponsor and provider of non-lethal equipment for the army and territorial defence.

Forth, Ukrainians living abroad are emotionally tied to their home country and constitute a powerful hub of influence. They initiate street protests, sign petitions, address politicians, collect donations, and host temporarily displaced persons in their foreign countries of residence.

Fifth, over the last years Ukrainians have developed a striking unity in terms of pro-European geopolitical orientations. It was triggered by Euromaidan protests, the Revolution of Dignity, and cemented during the counteraction to Russia’s hybrid warfare in Crimea and Donbas.

The current developments demonstrate several tendencies. The Ukrainian army is becoming stronger in terms of armaments, manpower, morale, and combat experiences. Simultaneously, the Ukrainian society is getting more unified in its support of the army, the government, and the European integration. This is magnified by a remarkable symbolic, economic, and military support of Ukraine by the international community.

At the same time, Russian military force is being depleted and destroyed, while its troops are getting disoriented and demotivated. Russian economy is plummeting and is facing a high probability of a sovereign default. More citizens of the Russian Federation are discovering the truth about invasion of Ukraine and have witnessed the shortage of goods and a rapid inflation. They are increasingly dissatisfied with the policies of their government and go into streets to protest, even under the threat of being beaten and detained by the police. These inclinations should result either in the change of leadership in Russia or in a more ruthless bombardment of Ukraine leading to an accelerated international isolation and the collapse of the Russian Federation as we know it.

In any case, Ukraine has realistic perspectives of regaining its territories back, receiving an immense international support for the post-war reconstruction, and even further integration with the European Union as a free market economy, institutionally strong government, and democratic society.

The Estonian language version of this article was published in Postimees:
https://arvamus.postimees.ee/7476843/dmotro-hutkoi-ukraina-on-selle-soja-jokker