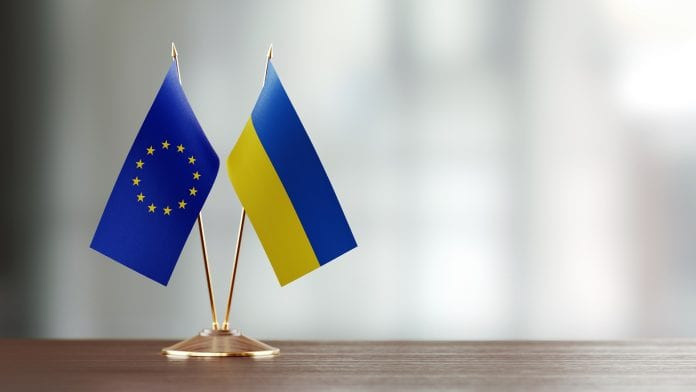 Ukraine is increasingly moving towards becoming one of the leaders on digital and tech in Eastern Europe. Marked by recent successes such as the implementation of the e-procurement service ProZorro, the creation of one of the biggest 4G network of Europe and the introduction of several eServices, the Ukrainian government is setting high standards in the field of digital transformation. Indeed, Ukraine’s digitalisation is led by joint efforts from the state and business communities: digital industry is a bright spot in the Ukrainian economy and its IT is the most dynamic industry in the country.

This digital and tech success is due to many factors. First, Ukraine has the 4th highest number of certified IT professionals in the world. Tech companies can benefit from a friendly start-up ecosystem and a highly educated and English-speaking workforce. In addition, low taxes, affordable infrastructure and relatively cheap labour enable national and international companies to maximise their incomes. In the last few years Ukraine has increasingly attracted IT foreign investors: 20% of the world’s leading companies such as Microsoft, Samsung, Huawei and others opened their offices in the country. Moreover, the European Union has emphasized the need to integrate Ukraine into the Digital Single Market in order to strengthen EU-Ukrainian economic ties. Ukraine has already been involved in the Digital Single Market strategy. There are some joint plans in the area of eTrade and eCustoms. Also, the Deep and Comprehensive Free Trade Agreement which the EU has concluded with Ukraine in 2014, provides a good basis for deepening digital cooperation between Ukraine and the EU.

While Ukraine is doing relatively well in the field of digital and tech, it is not a secret that EU is experiencing some issues in this sector. European companies are often behind the American and Chinese digital and tech industries. Thus, the new European Commission has emphasized the need to tackle the EU’s loss of competitiveness against US and Chines tech companies. As of today, only a few EU countries can effectively benefit from a strong and stable IT industry and many new and old member states still struggle to attract international investments in digital and tech sectors. Moreover, the debate on the Digital Tax and the new corporate tax rules for IT companies will certainly influence the long-term strategy of big tech companies within the EU. Countries such as France, Italy and Belgium want to limit the tech giants' ability to avoid taxes. They argue that taxes should be based on where the digital activity takes place, not in the country where companies have their headquarters or operational centres. As the debate on taxation of digital and tech giants is a hot topic of EU politics, it is expected to have an impact on the future development of Ukrainian digital market and its integration with the EU.

It is likely that the implementation of new digital taxes within the EU would result in a massive relocation of IT’s investments and business processes in Europe. And Ukraine can be a potential destination for such offshoring. To date, Ukrainian and Ukrainian-based IT firms compete with neighbouring European countries including Poland, the Czech Republic, Romania. Compared to many EU member states, industry leaders currently see Ukraine as having key competitive advantages such as the state’s flexible labour regulations and a simplified taxation regime. Moreover, in Ukraine the total number of people working in IT industry is larger than in most Eastern European countries.  This is particularly important for large projects requiring large teams of specialists. Also, Ukrainian professionals are ready to work under more severe contract terms, such as unusual shifts to support different time zones and longer hours. As the integration of Ukraine to the EU single market is increasing, international companies may find Ukraine more attractive for investments and business development than other EU countries. Cities such as Kyiv, Lviv or Odesa are indeed excellent location to both access the fast-growing Ukrainian market as well as sell products and services to the EU market.

In the era of growing debates on fair taxation and harmonised EU regulations for the digital sector, many EU governments could start to consider Ukraine as a potential tax heaven for digital companies working in the EU market. Thus, it is likely that IT offshoring will increasingly be a problem affecting the EU-Ukrainian relations. Ukrainian digital strengths can be seen as a potential threat by many EU states and companies. This can lead to possible political tensions between Kyiv and Brussels and slow down Ukraine’s integration with the EU. Not to mention the risk of reducing the support to Ukrainian reforms from the EU budget which has been massive in the recent years.

To avoid these negative trends both the EU and Ukraine should strengthen cooperation in the field of digital economy. In particular, the EU should start to benefit from the Ukrainian digital proximity and develop a long-term partnership in the field of digital and tech. First, the EU should facilitate the cooperation between European and Ukrainian IT companies. For instance, Ukraine is a perfect spot for European IT companies to produce high-value hardware and software which can make Europe a strong competitor of the US and China. To achieve this, Ukraine and the EU should agree on common principles related to transparency, resource mobilisation, data protection and privacy regulations in the digital and tech sectors.

Second, Ukraine is a great source of expertise and experience in fighting cyber threats. In the recent years, the open warfare with Russia has caused large-scale attacks on Ukrainian infrastructure and the government has often faced significant security challenges. As a consequence, the country is the perfect place to learn tactics and tools to fight cyber threats. As many cyber attacks targeting the EU member states were proved to be originated in Russia the European Commission should start to develop more common initiatives in the field of cyber security with Ukrainian partners. In particular, a permanent exchange of expertise and good practices on cyber security might be a central topic of the future Ukraine’s European integration.

If Brussels manages to benefit from Ukrainian digital proximity, both Ukraine and the EU will strengthen economic and political ties. Strategic efforts in this area could boost Europe’s comparative advantage in the global digital economy and reduce the gap with Chinese and American tech. However, this will certainly require a coherent European digital strategy and the support of the current Ukrainian government.  Two things which can be complicated to get.